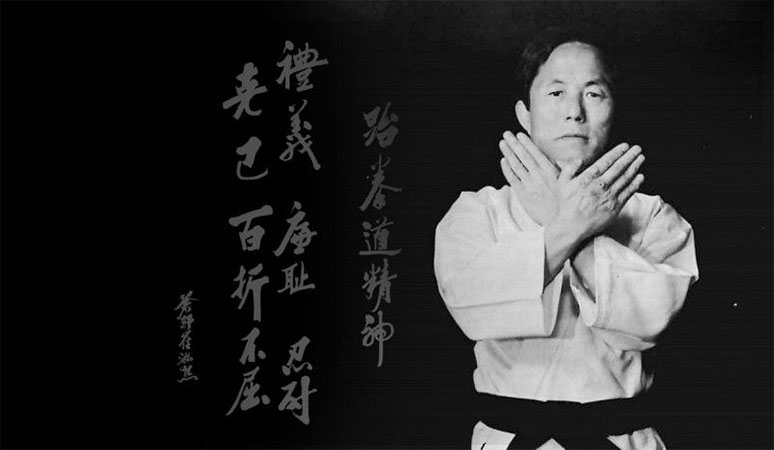 Known most commonly as the ‘Founder of Tawekwondo’, Choi Hong Hi was a general, martial artist and even a figure of controversy.

So what is the story of Choi Hong Hi, and how did he go on to create Taekwondo. In this article, we’ll be covering this man’s early life, development of the art and how he became such an interesting figure in Korean history.

Choi Hong Hi was born on November 9th 1918 in Hwa Dae an area which is now part of North Korea. At the time the area was under Japanese rule. It was there where he learned calligraphy and Taek Kyon (Korean Foot Fighting) from Han Il Dong.

When he was a young boy, Choi Hong Hi went to Japan to study English, math and karate. Before he left for Japan, Choi got into some trouble with a wrestler named Hu, who claimed to “tear [Choi] limb from limb” if he was ever to return to Korea. This inspired him to seek out martial artists while over in Japan to make sure he could handle himself when returning home.

When he arrived in Japan, Choi was studying in Kyoto and met a Karate instructor Kim, who was also Korean. A relationship formed quickly and Choi Hong Hi began to learn Karate from him. By 1939, Choi had attained both 1st and 2nd Dan in Karate.

Military Career: WWII and Beyond

During World War 2, Choi was forced to serve in the Japanese army as Korea was owned by their empire. However, Choi Hong Hi did not want to do that. Instead, he took part in a rebellion – but unfortunately he was captured and imprisoned.

The upside to the imprisonment is that Choi had plenty of time to practice martial arts and keep improving his craft.

After the war in 1946, Choi was made a second lieutenant of the Korean army. He was eventually promoted to major in 1954. He was constantly promote over the course of a few years.

Taekwondo: How It Came To Be

In 1955, Choi, now living in South Korea, took what he learned from Karate and combined it with the Korean art of Taekkyeon (known as ‘foot fighting’). This interesting combination became Taekwondo, meaning ‘foot, fist, art’.

Form there he made the Oh Do Kwan, which was one of the first Taekwondo gyms, and also held 4th Dan in the Chung Do Kwan.

Throughout the 60s Choi and the others he brought into Taekwondo took to taking the sport around the world. He began the spread to Taekwon do and placed instructors around the world to spread it as far as possible.

However, one of these countries that he brought Taekwondo to happened to be North Korea. The South Korean government disapproved of this, and Choi was exiled to Canada.

In 1979, Choi arranged asylum with North Korea and was taken in by their government to live out the rest of his life there where he received support to keep his dream of spreading Taekwondo alive.

Choi died on the 15th June 2002 and is listed in the Taekwondo Hall of Fame as the ‘Father of Taekwondo’.

And that is our short summary of the founder of Taekwondo, Choi Hong Hi. By taking influences from both Japanese and Korean martial arts to make the art it really gives the sport much more depth, and much harder to compete against.

It’s also interesting to see Choi’s choice to not let boundaries stop him when it came to teaching the sport. He knew the risks, and still went against the South Korean government to teach the sport to North Korea – which inevitably cost him his home.

This is a man who truly cared about the future of his sport.